The Downside of Renting 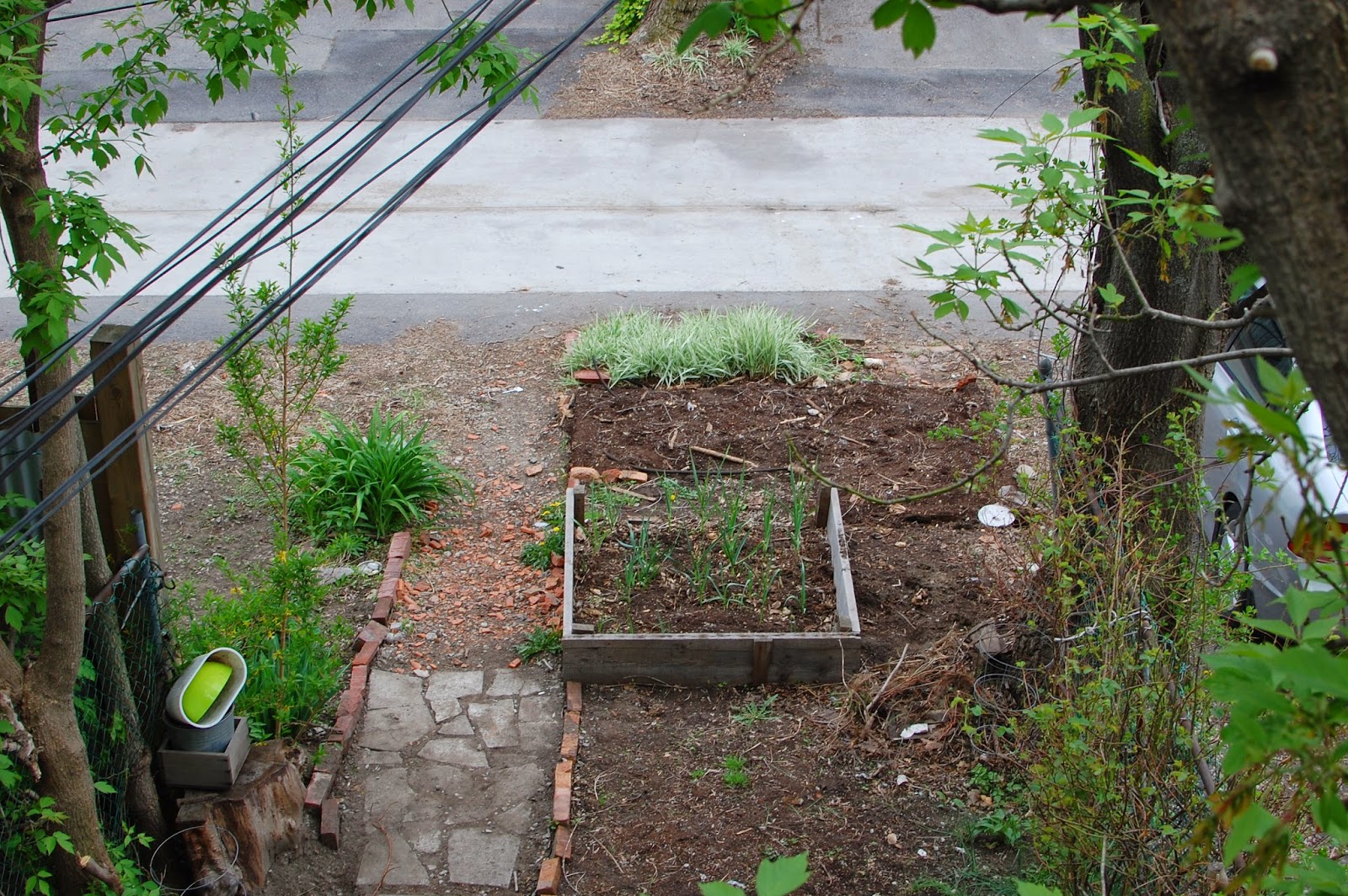 We've had it pretty lucky at our current rental apt. It had the beginnings of a garden when we moved in in 2008 and I've had the landlords permission to do pretty much anything to improve it. I've also managed to take over space on the flat roof without incident. So it was particularly heart wrenching to find out recently that our landlord is selling and with that comes a lot of changes and adjustments. Not all of them are terrible, in fact at first I was delighted because the main floor tenants moved out and the apartment was to remain empty. Also the basement tenant lives on his boat all summer, which meant the entire backyard and garden are mine to do as I please! But then the reason why this was all happening became apparent- the building is to be sold and both of the empty apartments need a lot of work before that happens. To my dismay, that involved a dumpster being set down in the yard and the only way that could happen was to drive it through my raised beds.

I've had about a month to come to terms with all of the above. At first I tried to convince the landlord to place the bin elsewhere but that didn't work out. I protested that I would lose a lot of my time and money invested and he was sympathetic but it had to be done. So I've been in a state of denial/sadness/frustration for the past few weeks before finally resigning myself to make the best of it.

In once sense I'm glad it happened this year. Whether because of the prolonged winter or just a genereal apathy, I never started any seedlings indoors at all this year so there's nothing languishing in pots waiting to be planted. I found out about the dumpster just before I was planning on direct seeding my peas and beans so none of those are in. And not a single aparagus crown survived this winter! So the only potential casualties are the garlic planted last fall and now up about a foot, and the rhubarb which I moved to sunnier location just last year. And of course the raised beds themselves.

Fortunately when I built the beds I did it with screws not nails, so last Monday I admitted defeat and took the larger of the two beds apart. I dug out as much of the soil around the edges as I could and shoveled it into bins. I took the composter apart and shoveled all the unprocessed compost into bins as well. I left three sides of the smaller raised bed intact surrounding the garlic in hopes that the truck could manouever around it. I dug up the poor rhubarb and some wild garlic and left them in pots to be returned once the dumpster is gone. 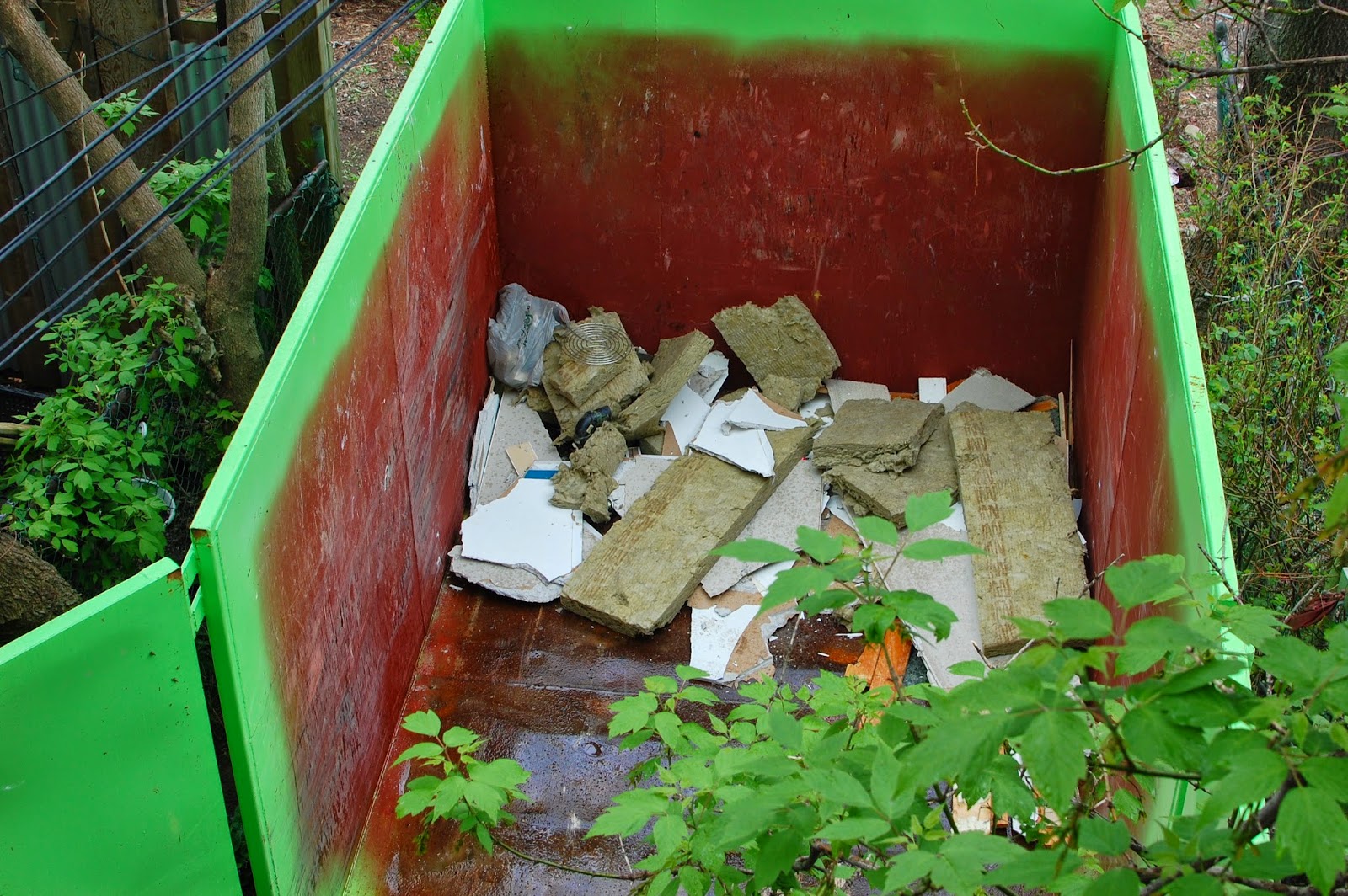 The dumpster arrived the next day and it was massive! Thankfully the driver was sympathetic and did his best to work around the obstacles I left. I think he might have been a little afraid of the crazy woman standing over her garlic like they were children! In the end the remaining wood bed had to be removed as well but bless the truck driver, the garlic survived being driven over twice!

So all is not lost as I first feared. The bin was only here for just three days and after it left all of the garlic was still standing. The frames need to be rebuilt and the soil is badly compacted in places but I will reclaim the entire space. I'm looking at it as an opportunity to correct a few things like moving the composter and digging the beds in better. My veggies will go in slightly later than planned but I will be adding some new soil thanks to the landlord who has offered to compensate me for the trouble.

This still leaves the sale of the building hanging over our heads but that's an issue that we'll have to deal with when it happens. And if this is to be our last summer here I want to have a garden to remember! 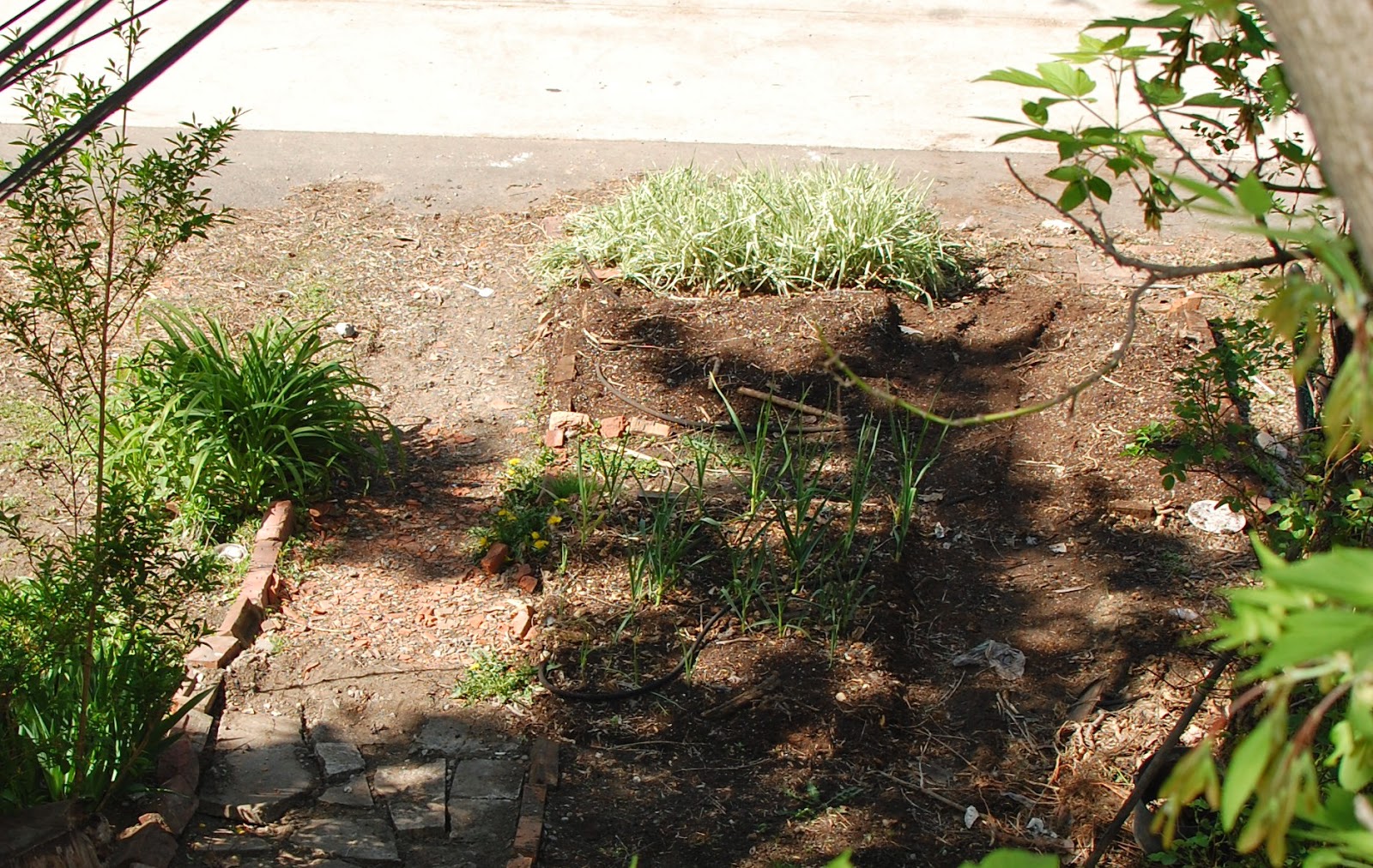