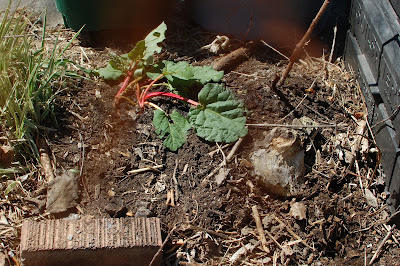 Like most aspects of the internet, the blogosphere is not immune to trends. In my daily blog perusing I often find certain topics will make the rounds and it can be interesting and informative to read different takes on various subjects. Lately one of the most popular subject seem to be hugelkultur - you can read some great posts on it here and here. I was intrigued by the idea of hugelkultur and after reading several posts about using woody waste to build soil fertility and enhance moisture retention, it dawned on me that I have been doing a variation of this all along!

When we first looked this apartment, one of the things that sold me on it was when the landlord mentioned that there was a garden in the back yard and I was free to use it. We moved in Nov 1 2008 and I soon discovered that his idea of a garden was to dump about an inch of top soil on a former gravel driveway, but at least it wasn't a paved parking lot like my previous apartment!

Trying to build up enough healthy soil to grow vegetables when you don't have access to much in the way of resources, nor the funds or means to acquire some from elsewhere can be a challenge. In the spring of 2009, my first post about this garden talks about  a few of the things things I did to build up the soil, from free compost courtesy of the city, to zoo poo that we scavenged from the High Park Zoo. One thing I didn't mention was gathering the mess of fallen leaves, sticks and bits of wood to make a pile where the garden ended ( it's just visible in the photo). I left that pile there to break down over the next year, adding mulched leave and some compost occasionally.


In the spring of 2010,  I covered the whole pile with fresh compost, moved the bricks to include it and gained about 2 more feet of gardening space. I raked a new pile beside the new composter and repeated the process for the following year. The decomposing pile wasn't very aesthetically pleasing though, so over the summer I  planted some sedge grass and other grasses on top. The grasses grew very tall and lush; this served a dual purpose of disguising the pile, and also acted as a mini hedgerow to deter wandering dogs from trampling the rest of the garden.

In 2011 I repeated the process again, moving the composter down a few feet, and creating a new pile of woody compost. I dug the grasses that survived the winter out of the previous bed and plopped them on the new pile and my garden grew by another 2 feet. Extending the bed closer to the laneway also allowed me to grow more things that required full sun. I left room at the foot for the garden for garbage and recycling bins which keeps people from discarding things like dog poop in my compost or worse.

This year I have moved the garden down yet another foot but I have reached the end of expansion. Our laneway was redone last fall and the lower section of every driveway was covered with asphalt. The last woody compost pile now butts up against the pavement. To make it a bit more like a real hedgerow, I've planted a raspberry cane and moved the rhubarb which was not looking very happy in its spot under the tree. I moved the grasses to the edge as well and I think they'll stay there for good. I kinda like my mini thicket 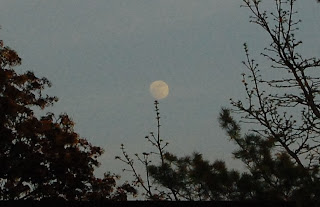 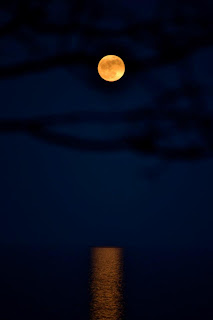 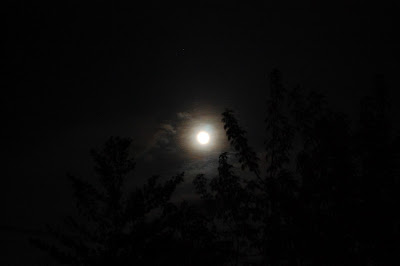 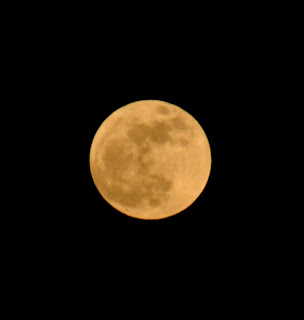 To Welcome in the May-o!

I'm up early to bring in the May! Blessed Beltane to you and yours, may your gardens be lush and fertile.
Posted by CallieK at 4:51 AM No comments: