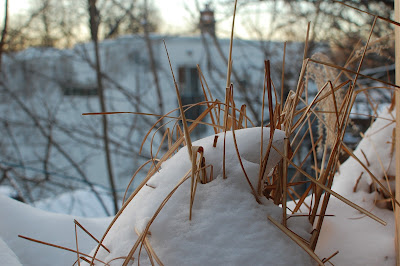 When I started my new job just over a year ago, I thought that I would still have plenty of time to keep up with blogging. After all, I  was only working three days a week, which left four whole days to do my own things at home. But somehow that didn't seem to work out; there never seemed to be enough time to both do interesting things, and write about them. So sadly it was the writing that fell by the wayside most often.

It was a productive year just the same. I finally made cheese at home, pressure canned for the first time, worked with bees and created an edible forest. 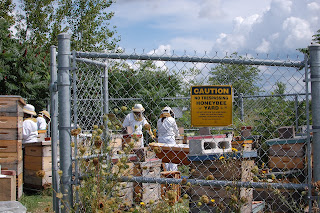 There was also a few building projects on the home front- the beginning of a roof top garden, and a new enclosed addition on the back deck-. which will (hopefully) be the subject of a whole separate post. 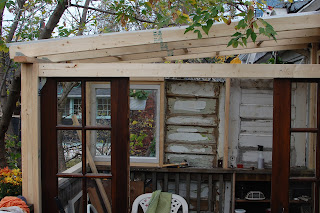 I learned a lot along the way too. Finally getting to see a beehive up close and personal was amazing, and learning to make mead from uncapped honey was an added bonus. 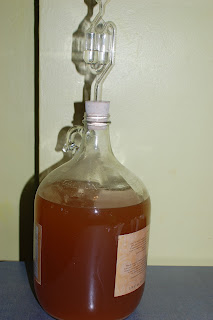 Having access to a greenhouse allowed me to try growing different things like sweet potatoes and figs, and researching things like indigenous edibles for the food forest was one of the best parts of my job. 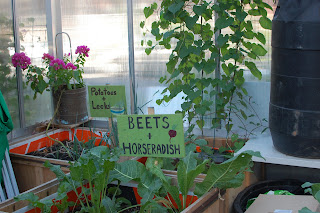 Of course the things I learned the most from were my mistakes! My tomatoes both at home and at work suffered from things I should have known better of, so those were lesson learned the hard way in the result of poor yields. 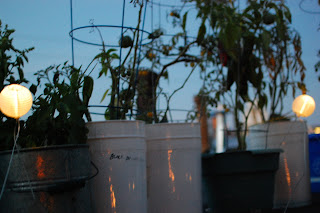 I lost two jars of dried veggies to moth worms- one of cherry tomatoes and one of green onions- because I failed to dry them completely. 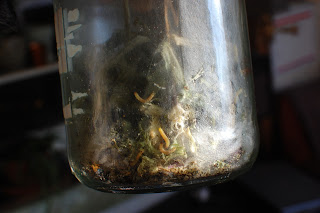 And being stung in the lip for a second time will remind me to pay more attention to my surroundings when pollinators are involved.

The thing I didn't seem to be able to figure out was to balance my time. Writing wasn't the only thing that got neglected over the year. Photography all but fell by the wayside, both the taking of and doing anything with those pictures I did take. I attended far fewer picks with Not Far From the Tree and I'm ashamed to confess that what I did pick sometime rotted before I had a chance to preserve it. I've also gotten lax on my goals to eat primarily local and seasonal simply because I didn't have the time to preserve as much at home this year. Rather than beat myself up about it, I accept that sometimes it's not possible to do everything in an ideal manner and try to do better next time. It's all we can do.

In the new year I will be returning to work at FoodShare under a new contract of just one day per week. My main role will be food preservation and maintaining the greenhouse, two things I feel I can accomplish in that small amount of time. And I hoped the lessons learned this year will allow me to do more in the coming year, both in my own life, and in the knowledge I share with others.

I hope you are all enjoying a wonderful holiday season and I wish you many blessing in the new year! Thanks for hanging in. 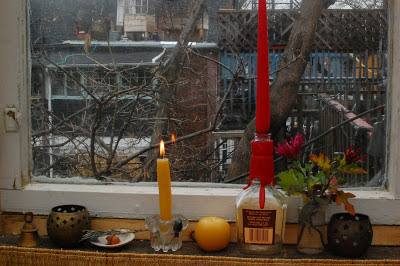 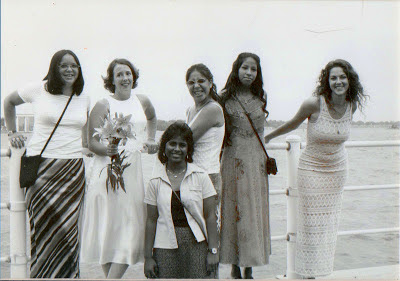 You'd think with having 12 younger siblings, I'd be inundated with weddings and babies. You'd think the opportunity to be a bridesmaid must be a regular occurrence. Now babies, we have plenty of- I have 9 nephews and 5 nieces, and another due in April. Of weddings, there's been a few. Including my own, almost forgotten now, (although I did have one sister as a bridesmaid and two as flower girls!) And yet, I have never had the pleasure of standing up with a single sibling! How is this possible you ask?

Here's how:
(Siblings in chronological order)

Brother # 1 - Very small, last minute wedding, at the same time and church where their daughter was being christened. I was unable to attend. No bridesmaids anyhow.

Sister #1 - First wedding: Small private civic ceremony - only our parents attended. Second Wedding (for both bride and groom): Small but lovely affair with mostly family, children from first marriage as the only attendants.

Brother #4 - Big church wedding, however bride is from a large family herself so had all her sisters as attendants.

Brother # 5 - Been engaged for over 10 years. 2 kids. No plans for a wedding anytime soon.

Sister # 3 - In a serious relationship but no wedding plans yet.

Sister #4 - Got engaged last year. Planning a destination wedding, and a big family reception on their return.

So I have my hopes raised yet again. There won't be a wedding  for at least a year but I'm hopeful they might have a real full blown affair, with flowers and groomsmen and bridesmaids! Both parties have children from other relationships, just the right size to be flower girls and ring bearers!

Come on family, someone make me a bridesmaid before I'm too long in the tooth to be called a maid! I promise I won't even complain if you stick me in pink taffeta!
Posted by CallieK at 10:39 AM 2 comments: